Home > News > What are the Friction Factors of Disc Springs and Disc Spring Sets?

As a Belleville Disc Springs Exporter, share with you.

According to different spring combinations, with the compression and expansion of the disc spring group, the friction between the individual springs/between the spring and the guide element and the spring loaded part will increase. Therefore, for a given spring application condition, the theoretically calculated loading and unloading characteristic curves will deviate from the actual curve. 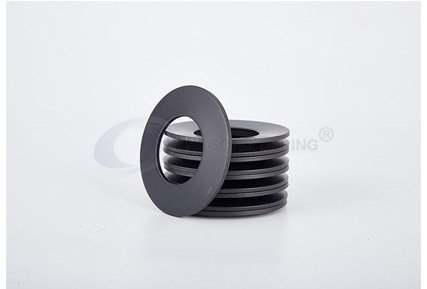 Friction of a single disc spring

The actual coefficient of friction is related to factors such as the degree of polishing of the surface of the loaded part/the edge of the disc spring and the chamfer radius and the lubrication conditions.

It can be considered that the inverse combination disc spring group adopts a low friction design. For example, the disc spring is designed with a special inner edge profile, which greatly reduces the friction between the spring assembly and the guide. This makes the individual springs of the spring group have a uniform amount of deformation, and the risk of premature fracture of the movable spring at the end of the spring group due to excessive stress is also reduced.

Our company also has Bearing Preload Disc Springs on sale, please contact us.

Previous: What are the Reasons for the Influence of the Quality of the Production Process on the Product and the Use of the Spring?
Next: What is the Important Role of Disc Springs in Industrial Production?