These compact and high performance spring washers found early application in firearms and now are widely found in aerospace, automation, building industry and elsewhere because of their ability to support very large loads with minimal use of space and to provide variable performance characteristics by varying their assembly format. 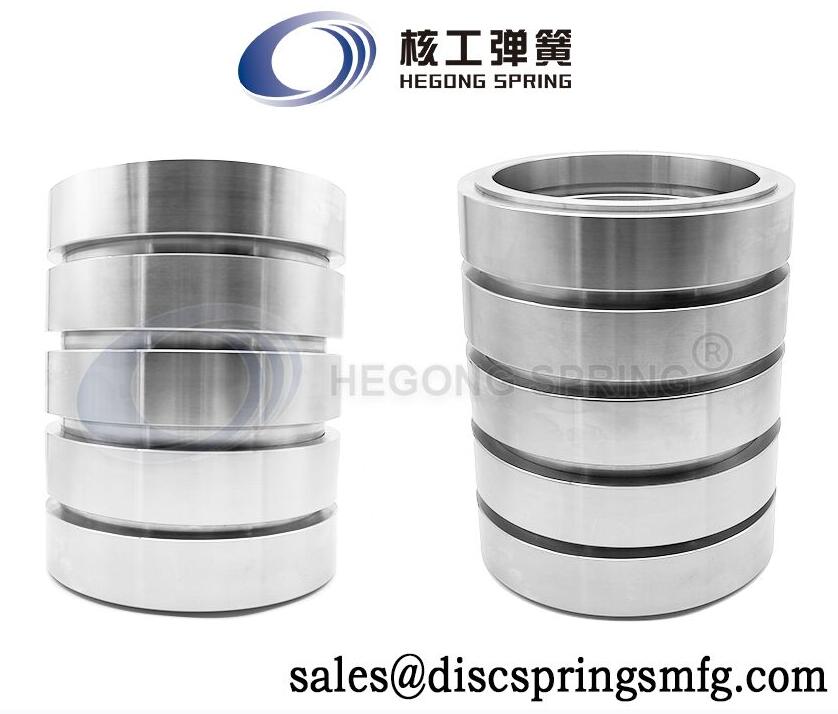 How were belleville washers named?

● Series: All washers stacked opposite each other

● Series-Parallel: A combination of the two

Various series parallel combinations therefore can provide a wide variety of combined results of load versus deflection for the stack. Consequently, depending upon the application, the designer can:

● Stack in "parallel" to increase load

● Stack in "series" to increase deflection

● Adjust the load and deflection of a washer stack by adding or removing individual washers and/or the sequence in which they are used, whether in series or parallel

Stacks of washers can thereby provide a significant damping action in parallel stack configuration by reason of friction induced hysteresis which dissipates unwanted energy for example in architectural systems. They offer the ability to provide further adjustment by swapping out varying thicknesses in a stack to tune the force or compression range – also by mixing and matching of parallel/series spring discs.

Belleville spring washers are similar in operation to wave washers as an anti-vibration device when installed with machine screws – but offering much higher load capability and can be useful to offer a visual indication of any relaxation taking place in a joint over time or under adverse conditions.

Previous: How Do You Stack Disc Springs?
Next: How many times can you use a Belleville washer?